The Toyota 86 has been out for a few months now, has been getting rave reviews and awards across the board, and now the videos from the big car shows like Top Gear and 5th Gear are beginning to filter onto the internet.

These shows, and what they say, can literally make or break the launch buzz as a new car comes onto the market. This is ever more crucial when that car has been hyped as much as the Toyota 86. Most people that have been following the development rely on the opinions of "those in the know" before committing to beginning the paths to purchase. At $41,986, the base model Toyota 86 is very affordable, but the last thing anyone wants to do is spend money on a performance car that just does not perform. Is all of the hype justified? What will my friends think? Is this really what I am looking for? These are all very valid questions, and the first stage of this journey is to let the "professionals" do the talking.

First show of the grid, the UK's Fifth Gear.
If you are in a rush fast forward 30 seconds to get past the intro.

Overall a very positive outcome and an endorsement. The final word from Fifth Gear presenter Jason Plato "This definitely feels like a car that has been designed for people that like driving........"

Fifth Gear is another one of those Car Shows, especially liked by those folks that find Jeremy Clarkson from Top Gear boarish, loud & irritating. Less loutish and therefore less humourous, more matter of fact, and the slightly more considered approach.

Not that Jeremy Clarkson from Top gear had a bad word to say about it. 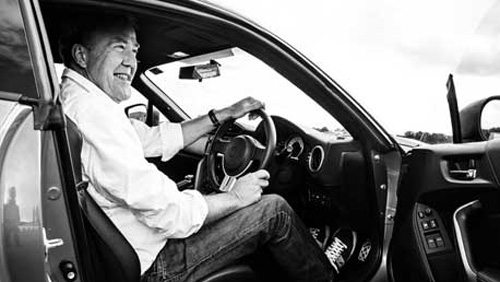 Infact after driving it (click here to see the Top Gear article and teaser video) he named the Toyota GT86 as the only car he needed to drive during his laps assessing his 2012 Car of the Year!

The video from this drive is really entertaining, albeit just a little naughty with Jeremy right in his element - can anyone say POWERSLIDE?????????

The lads from AutoCar in the UK also put out a great review, and ask the question; "Could the new GT86 be the best car Toyota has ever made?"
Autocar's Steve Sutcliffe wonders as he takes to the track in the new sports coupé, and finally we get to see a crucial bit about the traction control.

One thing we will have to say is that all of these car shows make a huge point about the slipperyness around corners of the Toyota 86. The ability to go sideways. The POWERSLIDES. These are all very fun things; on a track.

When you are using your car for everyday, round town use, or in the winter on a wet, greasy or icy road, the ease of "sidewaysness" is not something you would actively go looking for.
Infact it could be downright dangerous.

What these car shows / reviews don't focus that greatly on is that they can only manage to go sideways by turning off all of the Toyota 86's stability controls. This on / off feature, along with the rear wheel drive, low centre of gravity, and the slip diff, make the 86 such a fun car to drive.
Turn the Traction Control, and the Vehicle Stability Control (VSC) back on though, and you have a very responsive, grippy and precisely handling, state of the art car back again.

What do real people make of the Toyota 86?

Online UK blog channel WhatCar also did a comprehensive review with "everyday people".
They took some of their readers, and put them in the GT86 to get their real world feedback.

Their responses are honest, sincere and believable. And not much mention of powerslides in the real world.