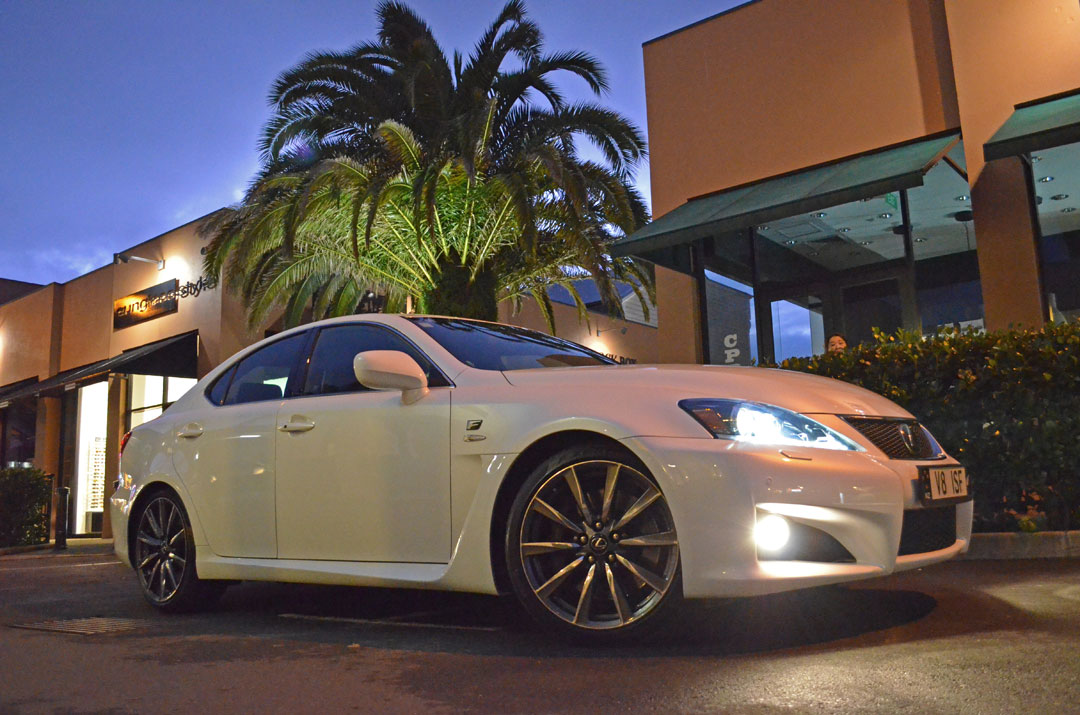 The awesome 2012 Lexus ISF - sounds as good as it looks. Click to enlarge.

You have missed the chance to own this slice of automotive perfection.

The Lexus ISF is a V8 masterpiece.
It represents the pinnacle of automotive technology from 2012 and is the flagship performance model of it's time from the luxury arm of Toyota.
You know that it is full of superior engineering backed up with more research and development that any other car brand, complete with a wide array of features you would expect from a vehicle such as this. What you don't expect is the astounding level of performance from such a luxury, 4 door sedan. This car is bonkers. The V8 exhaust note is a thing of real beauty, it is truly awesome, sublime even and stirs the soul, brings you to life, and makes your drive a real dream!

The 2012 Lexus ISF was one of those quintessential moments in automotive history, and represents the moment Toyota switched direction a little bit under the new Toyota Motor Corp CEO Akio Toyoda, an avid motor racing fan who thought that Toyota needed to make driving more fun. Lexus took on a new direction with this vehicle as well as the iconic supercar the LFA, and Toyota was not left out with the development and release in 2012 of the also very fun Toyota 86.

In little old Nelson, we embraced this new sentiment and the chairman of the Bowater Motor Group was fortunate to secure this top end vehicle. He has driven this very special vehicle since new but it is now time for it to find a worthy new home.

In just a few short weeks from listing this unique and special vehicle a new custodian in Christchurch approached us via our online presence and purchased this car.

The message here to take away from this, and the reason why we will leave this page here is that if you see a vehicle that you love, particularily a rare one, don't dilly dally. Come and see us, email us or give us a call. The internet has made buying cars a nationwide thing now. A large percentage of our pre-owned cars are sold to buyers out of the region. The Bowaters name is recognised nationwide for supplying quality vehicles at great prices with a fantastic support network behind each and every sale. 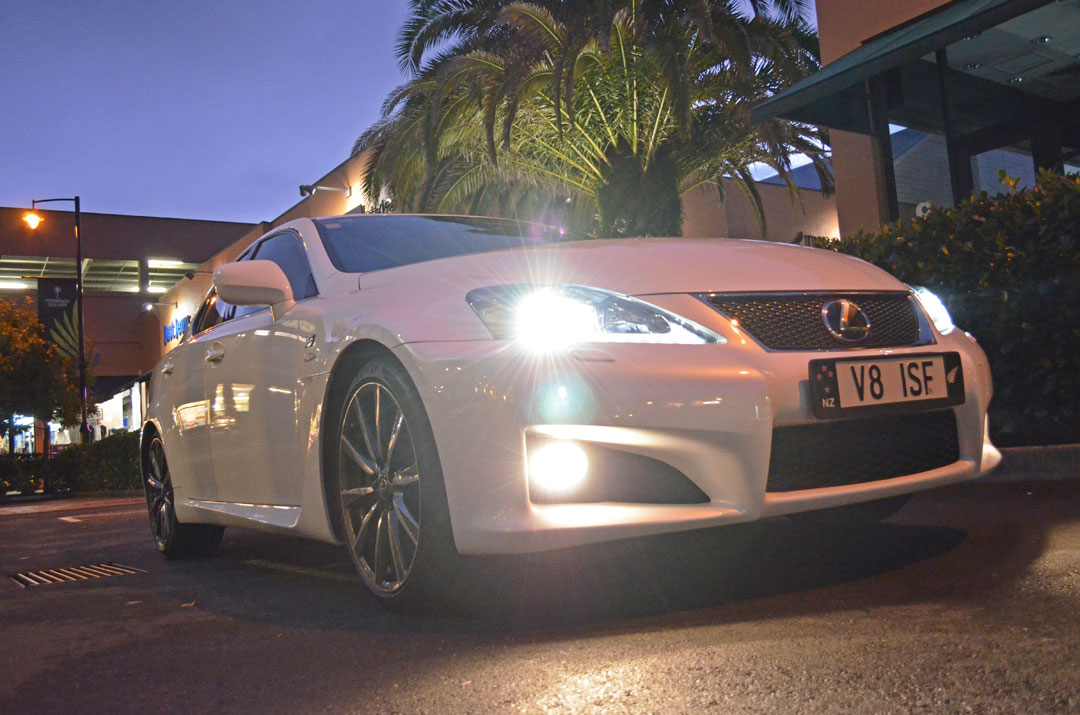 The 2012 Lexus ISF - a masterpiece in motion. Yours at just $84,990 including the personalised plates. Click to enlarge.

What makes the Lexus ISF so special? Powered by a fantastic-sounding 5.0-liter V-8 engine, the IS F is immediately recognizable even at a distance despite the somewhat understated styling, however. The engine also generates pretty impressive power, at 416 hp and 371 lb-ft of torque. That's enough to get the car to 60 mph in 4.6 seconds and carry on to 168 mph. The standard eight-speed transmission was groundbreaking in 2008, and continues to be a smooth, quick-shifting choice. 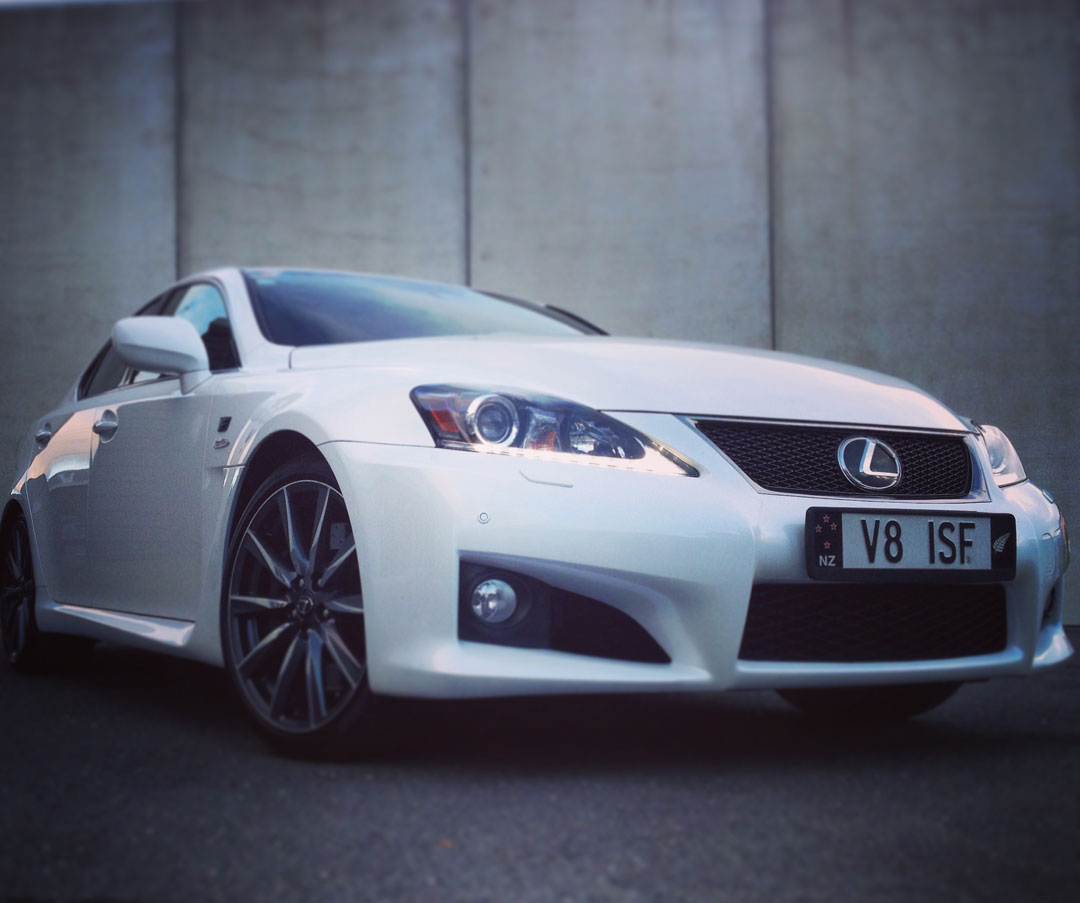 The 2012 Lexus ISF looks great and cries out to be photographed, in an understated way of course!. Click to enlarge.

"....it is like the quiet accountant in the office that gets into a bar fight, then you find out later that he has secretly been training in MMA for years...."

In the modern age of digital media,there is of course a wide range of reviews and videos on this awesome vehicle online.
Here is just one from The Motor Trend Channel on Youtube, a review from Carlos Lago, and he thought that this car was a whole lot of alright back when it first hit the streets in 2012! 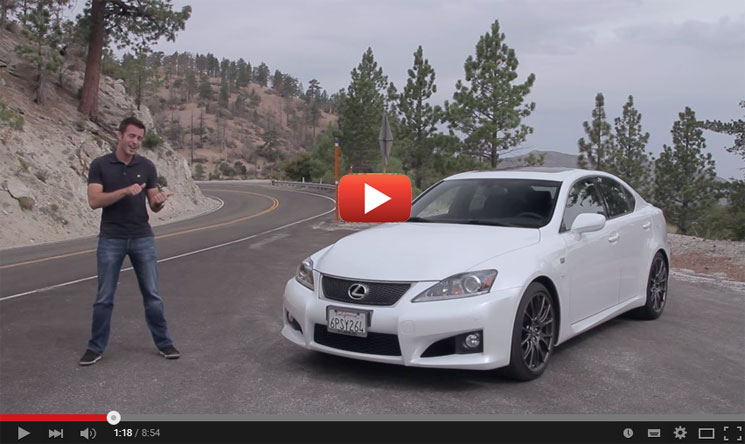 Motivated? You need to get onto this ASAP as there is only one of these available and they are as rare as hen's teeth. Take the opportunity by the horns, and give one of the sales team a call to make sure that you are top of the list. At a buy price of just $79.990 including the personalised plates "V8 ISF" someone will get it all. 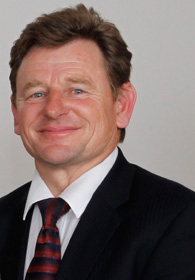