We laid down the Prius Challenge to both local mayors.
Who would be the greenest? Which one of them would be able to pull off the best Eco Score, saving both fuel and money on their trip around our Prius Challenge course?

We wanted to get the message out to as many people as possible about the benefits to breaking your old driving habits. The Prius Challenge is the perfect platform for this as it encourages you to be competitive on the one hand, and very mindful of your driving style and energy consumption on the other. The all new 2012 Toyota Prius C delivers an amazing amount of usable information to the driver as you are driving, so you can monitor your driving, fuel consumption and energy use all at the same time from easy to use information displays.

With EcoFest just around the corner we thought it would be a perfect time to get both of the Mayors in, lay down the challenge and see who is the greenest when it comes to driving efficiently.
Last week Nelson Mayor Aldo Miccio came in and posted a very respectable eco score of 3.7L/100km but stormed around the course in an astonishing 14 minutes, showing one and all that you can still drive efficiently and get to the meeting on time! Click here to see his photos and read the full story. This score put Aldo 7th on the Leader Board but left the door wide open for Tasman Mayor Richard Kempthorne to make a real competition of it. 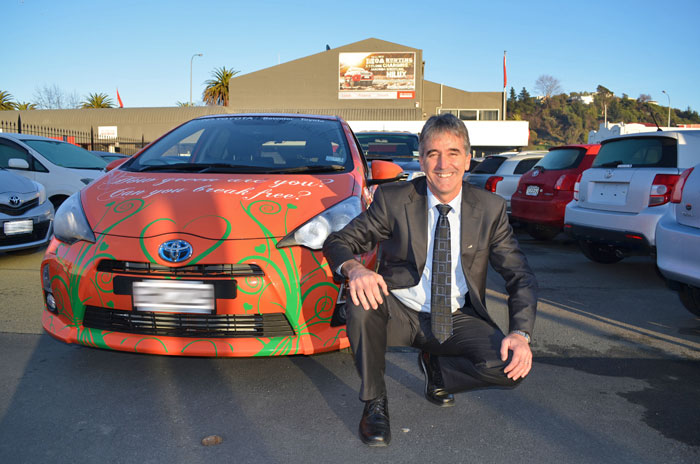 Tasman Mayor Richard Kempthorne elected to take the Prius Challenge at 8am on Friday morning. Thankfully the day was clear, saving him from having to use the windscreen wipers like Aldo had to, but so early in the morning it was cold, and the car prone to fogging up with no demisting function operating - so the heater had to go on. So in these terms it was quite an even playing field, mayor vs mayor, demister & heater vs windscreen wipers.

Richard had an immediate affinity for the "hybrid" way of driving, choosing to tackle the course at a more sedate pace than his Nelson counterpart. This meant that he could plan slightly further ahead and react in a slightly more measured fashion to traffic conditions. Being a rush hour meant that Richard had to spend some time waiting at intersections for a good sized gap so he could slowly accelerate to speed, but the wonderful thing about the Prius C is that when you are at a standstill and have it in "park" the engines are also all at a standstill and no fuel is used.

So the end result? Richard Kempthorne proved that in this case slow and steady wins the race. He posted a very good eco score of 3.5L/100km and slotted into 5th on our Prius Challenge Leader Board. He took slightly longer around the course, just 15 minutes, but he also had morning rush hour traffic to contend with as well so in some ways this was to be expected. Just a little softer on the acceleration and 2km/hr slower on the average speed meant a great fuel saving and a great EV (electric vehicle) use of 63% compared to Aldo's 61%. And look at that crisp outside temperature! 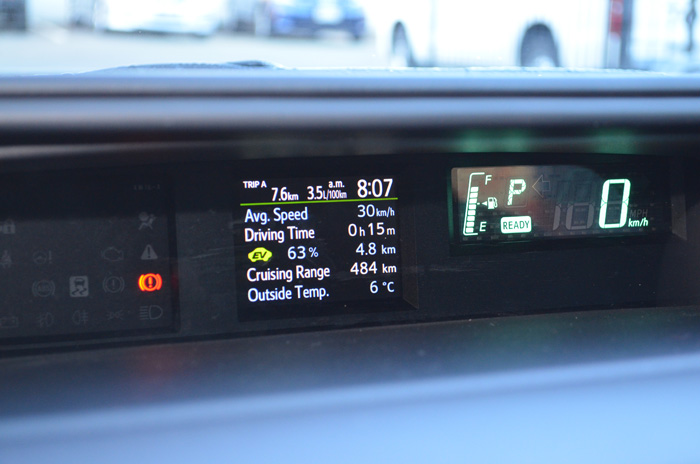 One of the great features of the Prius C is the information graphs it delivers to you as you are driving, or afterwards for some analysis. This next graph is all about the money. The car calculates it all for you if you input the price of fuel, and the fuel consumption of a vehicle you wish to compare it to. In this case we are comparing the Prius C to the Toyota Corolla which has a fuel consumption rating of around 7.4L/100km. 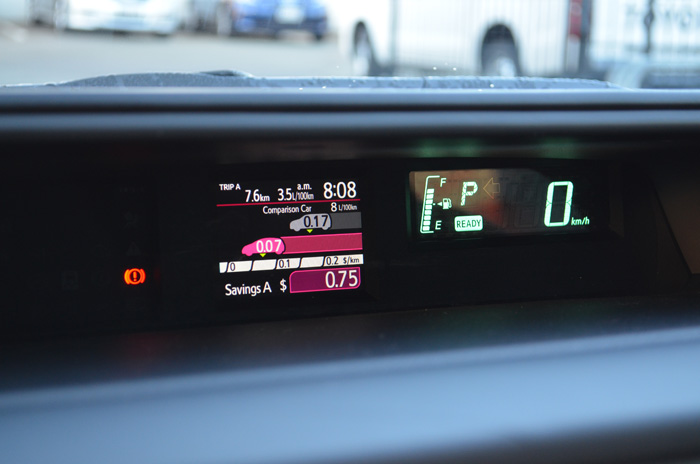 As you can see on this short 7.5km trip we saved 75cents compared to the corolla, and the trip only cost us 52.5cents! The corolla however would have cost $1.27 to make the journey. Technology can be wonderfully helpful at times! Imagine these kinds of savings spread out over a week, a month and a year.

We talked about energy efficiency whilst waiting for gaps in the rush hour traffic, and Richard discussed his thoughts and concerns for a future that has to deal with the effects of both peak oil and greenhouse gases. These are real world issues that are looming for all of us, and also our politicians, even on a local level, so it is great to see that it is being thought about. The big car companies like Toyota and Honda are certainly investing heavily into the transportation of this uncertain future with lots of R&D going into hybrid technology and purely electric vehicles as well. Part of our ethos at the Bowater Motor Group is to engage with the wider community as much as we can on this subject. There is no escaping from it, the world is changing, motoring is changing and eventually mainstream fuel sources will change as well. Already we are seeing Gull offer up a Bio Fuel blend at the mainstream pumps which has lead to some degree of confusion, and as we all become more familiar with the increasingly available range of hybrid cars, we can all hopefully make some slight changes to the way we drive as a first step, as not everyone will be in a position to change what they drive.

Richard was very happy to have done so well straight out of the gate. Will we see a change of vehicle for the Tasman Mayor? His current car uses 11.2L/100km. He has just shown us he can comfortably drive around doing 3.5L/100km by slightly changing his driving habits and driving a hybrid. Many thanks to both Mayors for participating, we hope that it encourages more people to think about the way they are driving. Come and see us down at EcoFest on the weekend of August 18-19th, and take the Prius Challenge for yourself. Can you break your old habits and become a greener driver? 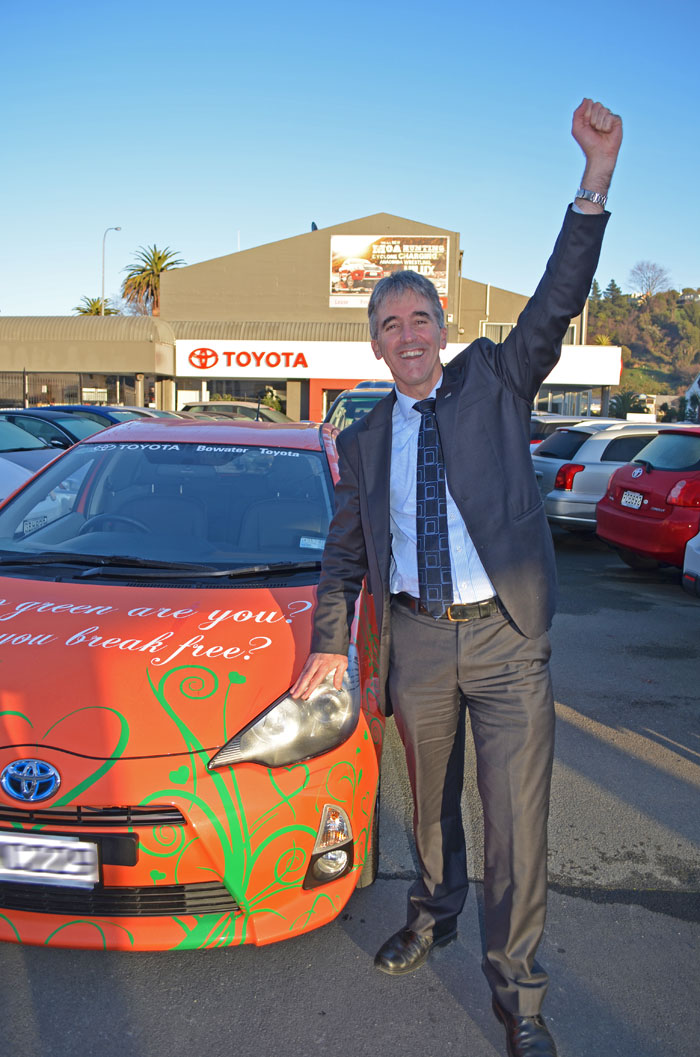