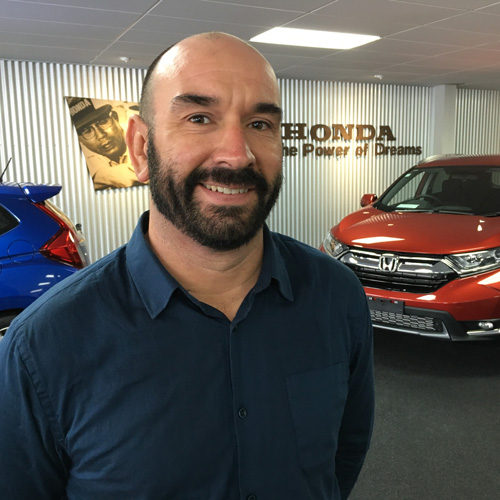 Geoff joined the Bowater Honda team in early 2018 having moved to the region from windy Wellington in late 2017 with his wife and young son.
In his former big city life Geoff and his wife owned a central city cafe, but decided on a shift to the quietier life in Nelson where passions such as mountain biking could be better pursued, along with being a lot closer to his immediate family in the top of the south.
Also a keen skier Geoff and his family can often be found on the slopes in winter, and the beaches in the summer.

Out of school Geoff pursued an Engineering Apprenticeship and ended up working on cars, and is happy to be back in the industry.